The John John (L) Techflex fin is a large sized thruster in the Neutral template category. This template is a scaled-up version of the Medium template that John John Florence rode exclusively to back-to-back World Championships. John rides this template in his small wave boards that feature a wider tail and require more lift from his fins. The Techflex construction and flat foil give this fin a stable feel, making it ideal for controlling speed in more powerful waves. 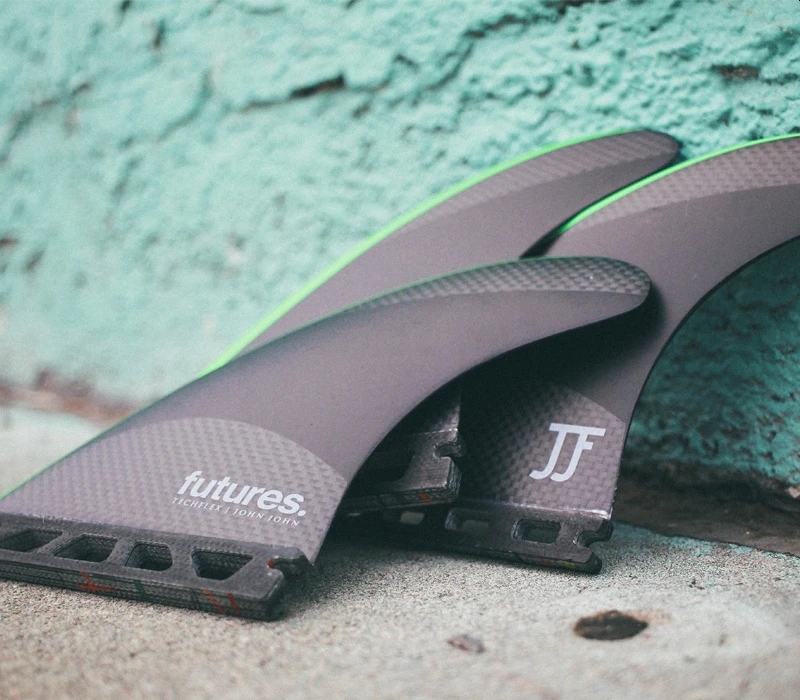 Techflex fins are the perfect complement for those who like big waves or power surfing but want a little more spring off the lip. The honeycomb core makes these fins light while the carbon keeps them stiff and engaged. These fins are perfect for solid rail turns and drive down the line, while being springy and responsive when needed. 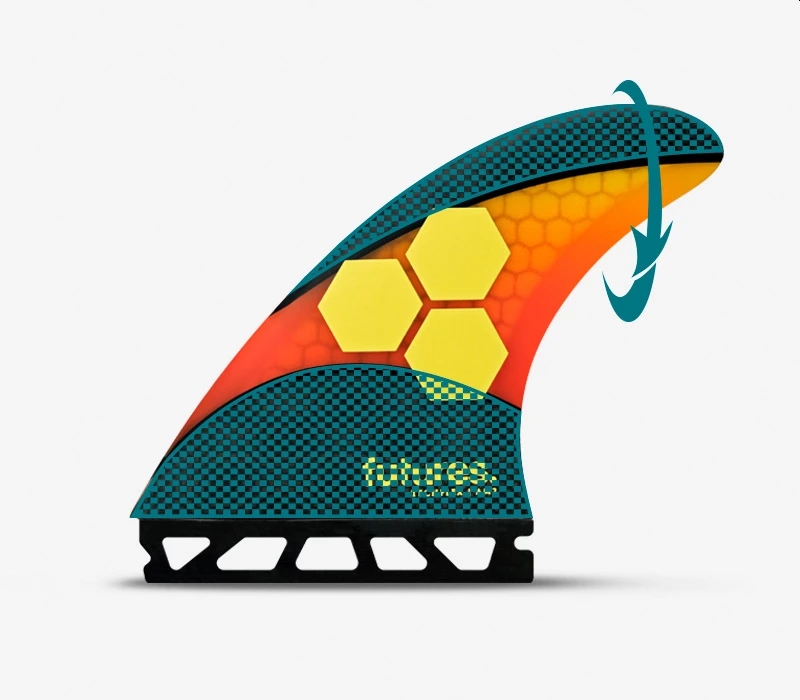 3K carbon along the base and tip of these fins makes them lighter than standard honeycomb fins while maintaining the stiffness of fiberglass. This engineered flex creates a vertical flex pattern, which enables you to maintain control and drive down the line while being lively and free off the lip. 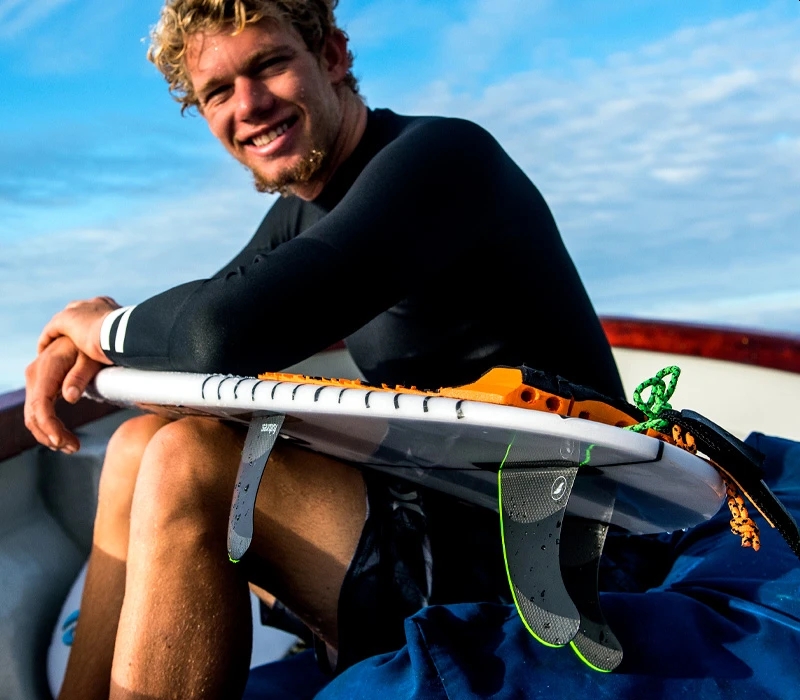 The John John Florence Techflex signature fin was designed by John to be a larger compliment to the F4 template. The lightweight Techflex material and responsive flex pattern proves to be the ideal choice for one of the most progressive, high performance surfers in the world. This balanced fin hosts a medium base that carries through to a medium tip and is John John’s weapon of choice in all conditions.