TABOU Windsurf Board MANTA 2019
Next item >

The Da Curve does not only excite you in radical Hookipa conditions, but makes you throw down spray and cut through turns at every spot, you can find!

FOR WHO: Wave enthusiasts, looking for nothing more than 100% performance on the wave to spin around any move, they are capable of, with ease.

The Da Curve has never been so versatile and radical, like this year’s board. Designers broadened the range of conditions to allow everybody to get the best performance at every spot. It does not matter, if you’re facing Jaws or a gusty day at the North Sea, the Da Curve allows sensational wave rides everywhere at all times.

The shorter tail makes this board turn naturally better and tighter, allowing to include a straighter rocker for the Da Curve to plane and go faster in a straight line as ever before. A thinner rail in the tail section, combined with two channels will get you a board that is very loose on the foot, but still offers a lot of grip, especially in top turns. 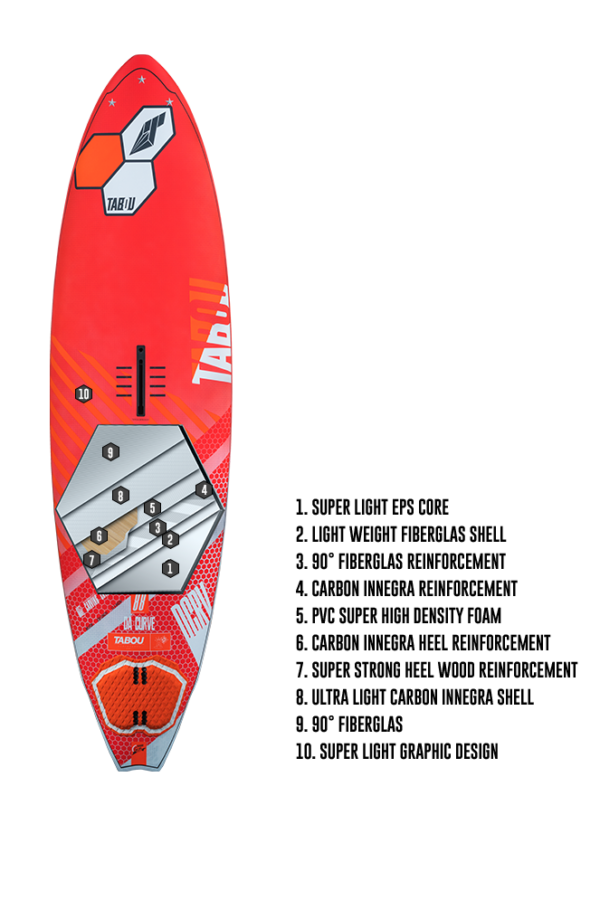